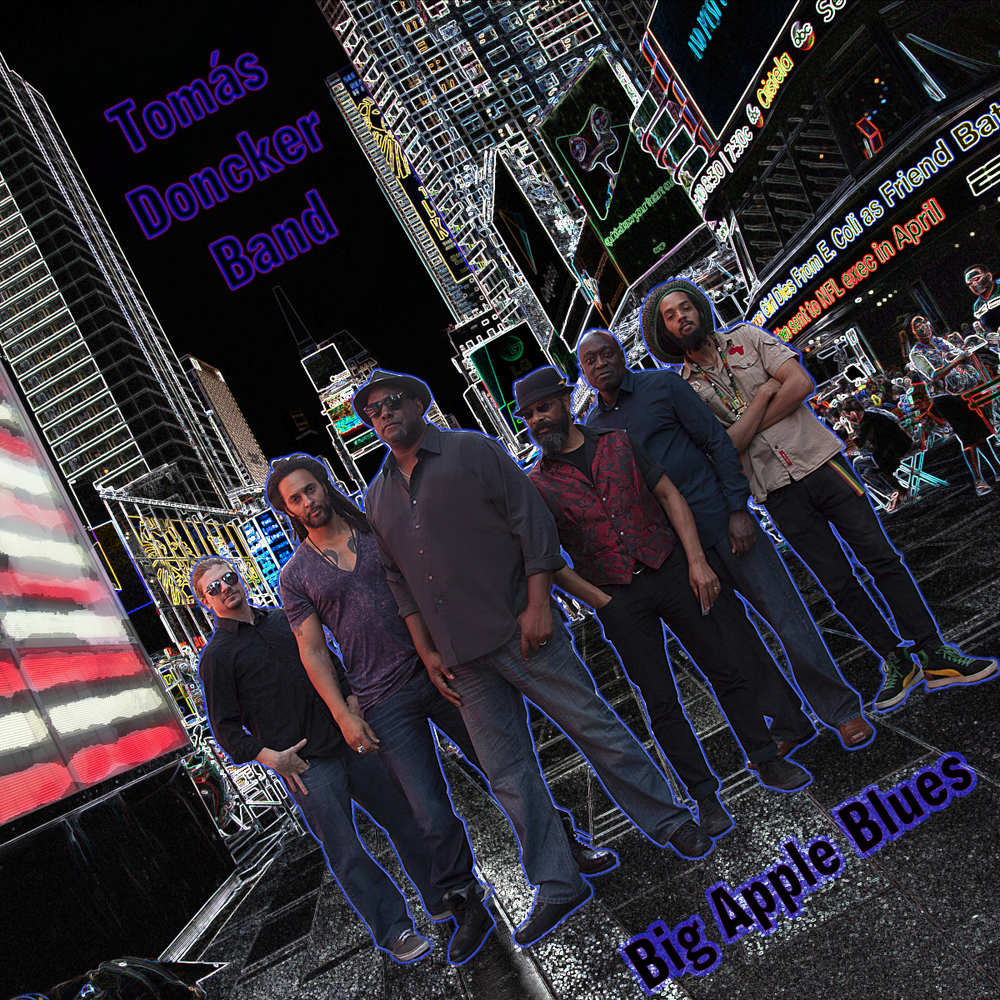 Released earlier this month, the album Big Apple Blues is the result of a collaboration between scholar, professor, and Pulitzer Prize-winning poet Yusef Komunyakaa and soul and blues music man Tomás Doncker, and backed up by a number of talented musicians: David Barnes on harmonica and sometimes adding his vocals, Nick Rolfe on keyboards and also adding his voice to the mix, Josh David on bass and the third vocalist, James Dellatacoma on guitar, Mike Faulkner on drums, Mac Gollehon on horns, and Alan Grubner on strings. The lyrical prowess of Komunyakaa, the musical dexterity of Doncker, and the instrumental skills of the above-mentioned musicians make for a clean, passionate, and engrossing sound.

No big surprises await the listener in Big Apple Blues, which is comforting in its well-executed familiarity. For those who know New York, the songs clearly resonated some of the history and culture of the city. They go from bold to smooth, rustic to sophisticated, sounding at times old school and in others very avant-garde. The complexity of the composition is all the more interesting when one finds out that the album was created over a couple of months only.

The album in a way takes you on a jazz-inspired musical tour of the city. The opening track “Big Apple Blues” conveys the image of a darkened jazz club, filled with plumes of smoke and swaying bodies. The tambourine in “Can’t Say No” sets a higher tempo that transports you to an impromptu neighbourhood jam session in the middle of a hot summer night when no one could sleep in the first place. “The New Day” gives hope to the hard worker for a better day, while “Hellfighters of Harlem”, featuring a spoken-word section by Komunyakaa, discusses the important and dark topic of war.

“At This Midnight Hour” is quite the relaxing listen, and both Doncker’s vocals and the guitar work in “Little Blue Room” stand out. The gentle yet upbeat ballad “Coney Island” contrasts with the fun, almost lighthearted “That Horse”. The following song, “Ground Zero”, is perhaps one that all listeners can connect with, seeing as how everyone has seen the devastation at that location following the events of September 11, 2001. It comes in sharp contrast with its predecessor and its follow-up, “Fun City”, a Motown-inspired number with a Latin American twist that ends the album on a light note.

Fans of jazz and lovers of New York will probably enjoy the musical tour of New York that Tomás Doncker offers them on the album Big Apple Blues. More information is available on Tomas Doncker’s Facebook page.